Set Mixing Level For Each Instrument

Whether it’s six pack abs by working out only 5 minutes a day or losing 100 lbs in a month by taking a pill miracle pill, everyone’s always looking for the fast and easy way to achieve great results!

Well, the same goes for mixing and mastering.  “Just give me a chart with the best db levels for music mixing for each instrument, and I can set all 15 instrument levels perfectly in 10 minutes.”  Unfortunately, it doesn’t work that way.  Not even close!

VIDEO – How To Set Mixing Levels For Each Instrument

2. Arrangements Are Different.  A singer-songwriter song has one vocal and one guitar.  A rock song could have two, three, four, even five guitar tracks.  For this reason alone, to give a general volume level setting for a vocal track, even if it was specific for different genres, would be impossible.   Obviously, your vocal track would have to be louder and thicker (to some extent) the more guitar tracks you have so it can cut through.

And one guitar track by itself will have a higher volume level than five, because it’s the only one in the mix.  Five guitar tracks, each track would be lower in volume but collectively they would be louder and thicker than the single track.

To give a mixing level in advance for anything would be impossible because the instrumentation in every arrangement is different.  You can’t use a chart or guide to set the mixing level of each instrument.

3. Mixes Are Different.  Someone could mix a song with heavy effects or no effects at all.  All the instruments in both of these mixes would have different volume levels.  The heavy effected song, some instruments would have to be louder to cut through the mix, while the other mix not so much.

Are the vocals compressed heavy, light, or not at all?  Only the mixer knows the answer and it greatly affects the volume level.

Basically, each track in the mix affects each other.  And every effect you put on each track, changes it, which in turn affects other tracks.

How loud do you make your kick drum in hip hop music?  You could have a huge sub-bass kick, a medium sub-bass kick, a dry loud kick, there are 1,000s of choices.  They all will have a different mixing level.

5. Relative Volumes In General.  If you mix everything low in volume, then overall all your faders (and volume levels) will be low.  If you’re loudest instruments are close to 0 level on the fader, then all your instrument channels and vocals will be louder in volume.

Technically, that is how you mix a song.  The loudest instruments in the mix peak very close to 0 level, then all other instrument and vocal levels are set in relation to the loudest ones in the mix.

Now, that has nothing to do with WHAT you start with in mixing.  Many including myself like to start with drums first and bass second.  But if it’s a rock song, I’m not going to mix these close to 0 level on the fader.  Why?  Because the guitars are at least twice (if not more) as loud as the drums and bass.  If the drums and bass are already close to 0 level on the faders, where do I put the guitars, at +5db over 0 level TOTALLY DISTORTED!

And Of Course If You Want Your Songs To Sound AMAZING!
Check out my low Online Mastering Prices.  Incredible results at an affordable price! 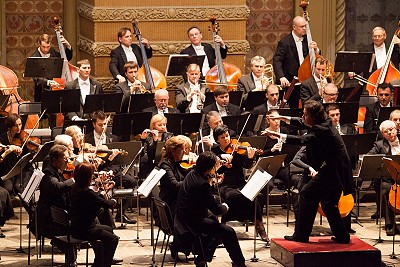 So, how do you set the mixing level for each instrument?

There are many factors in mixing like EQ, separation/space, compression, stereo width, special effects, and more that are needed to make a good mix.  Volume level is only one of many, and a basic one at that.

The only way to know how to set your volume levels for each instrument in the mix is to analyze and learn them by listening to songs in your genre.

Listen to your favorite song and make a list on a piece of paper of all the instruments and different vocal tracks.  Now, on a scale of 1-10, give each track a volume level rating with 10 being the loudest instrument in the song.  You’re trying to figure out how loud each instrument and vocal track is in relation to each other.  For example, if it was a standard rock song, the lead guitars would be a 10, the lead vocal would be a 6 or 7, and the bass/kick would be around a 5.

You have to mix in relative volume levels (loudest, loud, low in volume), track vs track, not in exact decibel amounts on your faders.

Using the standard rock example above, I don’t know what your actual decibel levels are, but when you’re done with your mix, you need to hear that the guitars are the loudest track in the song, the kick/bass is the lowest, and the vocals are somewhere in between.  If the bass is the loudest, followed by the vocals, and the guitars are the lowest, the mix is entirely WRONG for standard rock!

The song analyzation I mentioned above is really quite easy for volume.  But like I said earlier, you have to analyze EVERYTHING in the song!  Using guitars as an example, how loud are they compared to everything else in the song, how bright are they, what’s the stereo spread, what effects are being used on the guitars (very tough), how many guitars are there (also tough), etc.?  It’s a lot of study, but it needs to be done if you want a great mix.

Note – Some of the research can’t be done with your ears.  You’ll have to do a lot of trial and error with different effects and instrument combinations to figure out what the pros are doing.  Also, read online what effects other pro engineers use and the way they track their arrangements.  Like I said, you might not be able to figure this out just by listening.  Pro sound engineer tips help!

The original question was setting volume levels for each instrument and I think I pretty much explained that.

How To Master A Song – Step by Step

17 Common Mixing Mistakes You MUST Avoid!

Set Mixing Level For Each Instrument

How Much Headroom For Mastering Do I Need? 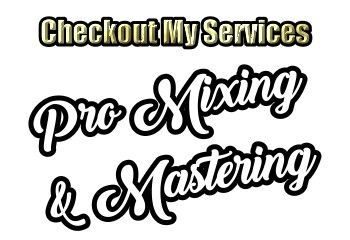 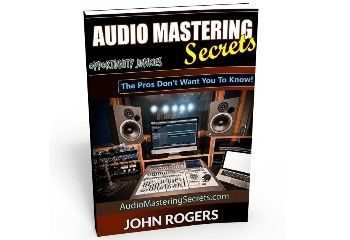